Things can sometimes go awry when you get setup by your parents, well not for these two. Concluding a whirlwind engagement and a dizzying leadup to a wedding – just imagine spending months hand drying flowers for confetti or this rad engagement session. Mikaela & Jesse lit up their day with some of the most amazing passion, sweetness and Godly zeal I’ve ever witnessed. And after having involvement in getting them together, it seemed appropriate that it’d be their fathers uniting them, officially in ceremony, at the ever amazing Loxley on Bellbird Hill.

THE PROPOSAL: “I had a sneaking suspicion that Jesse had asked my parents for permission that time he suddenly told me he’d decided to go to a ‘physiotherapist’. We had been talking about rings for a while. I might have nudged him a bit. Anyway, he told me to head on over his way (Hornsby) so I went with a nice outfit and butterflies in my stomach. Then he took me to the hornsby plaza. This attempt to confuse me worked a little too well. After walks and lunch and coffee he drove us to Brooklyn by the water. We took a walk, and when we reached a nice view Jesse got down on one knee. It was beautiful.”

THE VENUE: “We looked at SO many venues. I dedicated two months if my life looking and pricing and investigating different places. Some were beautiful but logistically frustrating. Some were just not our style. All were expensive, so we wanted to choose the right one. When we reached Loxley, something just felt right and Sonia explained what was included which made me feel a little more at ease about all that still needed to be organized. Plus, Loxley is a stunning place and it gave me the freedom to have a garden wedding, which is what I sorely wanted.”

FAVOURITE DETAIL: “Table runners. I spent so many days painting pages in coffee, baking them ‘till crispy in the oven and then gluing them into the very long table runners at the reception. It was so good that it paid off, a lot of people remarked at it and it gave the event a distinct part of Jesse and I.”

THE DRESS: “I LOVE my dress. I was doing research on wedding dresses a few months after meeting Jess. I was sketching them and learning what all the terms meant. By the time I got engaged I knew what dress I wanted and from which designer. I had found it on cocomelody and was very close to ordering online when I found someone in Sydney offering it second hand for about half the price. It didn’t bother me where it came from as long as it was cleaned. So I went to try it on and it was stunning! The only issue is that they didn’t have the off the shoulder sleeves so we ordered those online. It arrived with plenty of time to spare and i absolutely love the way it looks. The big tule skirt, the corset back, the lace details on the bodice and down the skirt. It made me feel like a princess which is a usually unseen part of me. The nerdy board games and preference for jeans can hide my secret love of dresses.”

Scroll down to see it all unfold… 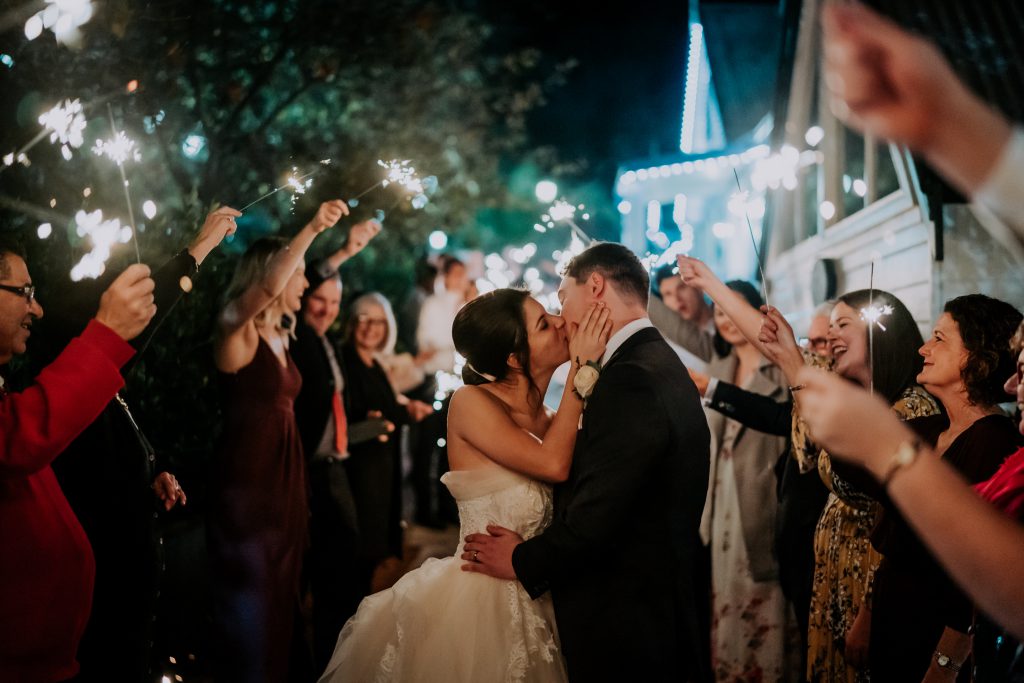 Everyone needs a wedding pit crew that goes above

Masquerading as an engagement party slated for 202 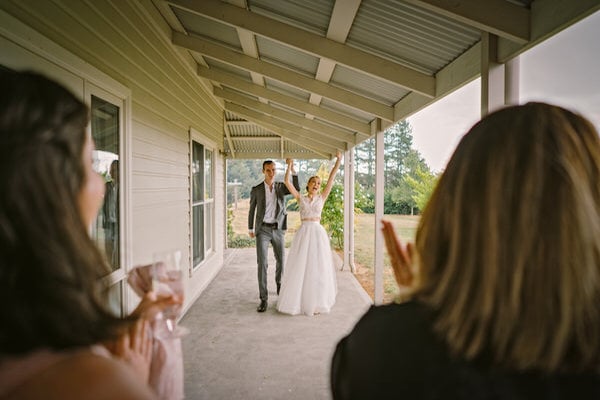